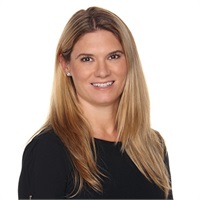 Jenni Runyan is a Public Relations expert who has worked in the entertainment industry for more than 20 years. After spending most of her career working in cable television, she transitioned to personal publicity with Sechel PR overseeing entertainment and corporate clients. She currently manages press and client relationships at Runyan Capital Advisors in Beverly Hills.

Runyan began her career in corporate communications at HBO in 1998, worked at Turner Entertainment and then Comedy Central where she worked her way to head of the brand’s west coast Communications team in 2006. During that time she was responsible for developing and implementing publicity campaigns for virtually every COMEDY CENTRAL series shot on the west coast, including such high-profile series as “South Park,” “The Sarah Silverman Program,” “Drawn Together,” “The Man Show,” “The Showbiz Show with David Spade,” “Crank Yankers” and the hit series “Workaholics.” Runyan also oversaw the brand’s relationship with the Hollywood Trade press, planned and executed COMEDY CENTRAL’s participation in the Television Critics Association (TCA) semi-annual press tours, as well as, provided planning and on-site assistance for the Primetime and Creative Arts Emmy® ceremonies.