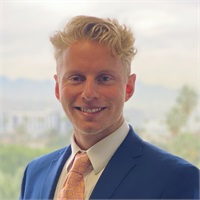 Connor Brumfield was named to the SEC Academic Honor Roll at the University of Missouri where he graduated with his Bachelor’s degree with an emphasis in Financial Planning in May of 2019. At the University of Missouri, Connor was a four year letter winner on the baseball team, earning recognition from coaches for contributions made in all years of play. Alongside his academics, Connor was a private hitting instructor for youth prospects. Connor accepted an internship in wealth management and quickly recognized his love of the profession.  With his background and education he proved that he had the skills to be a successful, committed student-athlete which correlate to success in business. Connor is now adapting that skillset into the Runyan Capital Advisors Beverly Hills office where he contributes in a fast-paced environment of an elite financial advisory and wealth management practice.